“Challenging the chosen ones only awakens the sleeping giant,” Minaj says

Pusha T’s new album ‘Daytona’ features numerous subliminal shots at his fellow rapper. On then song ‘Infrared’, Pusha mocks Drake over his alleged use of a ghostwriter. “It was written like Nas/ But it came from Quentin,” he raps, alluding to Quentin Miller, the man exposed by Meek Mill as an apparent ghostwriter for Drake.

Drake hit back with a diss track called ‘Duppy Freestyle’, in which he fires back: “Don’t push me when I’m in album mode, you’re not even top five as far as your label talent goes”.

Drake also disses Kanye West on the track, implying that he has ghostwritten for Kanye and rapping, “What do you really think of the n***a that’s making your beats?/ I’ve done things for him I thought he never would need/ Father had to stretch his hands out and get it from me/ I pop style for 30 hours, then let him repeat.” 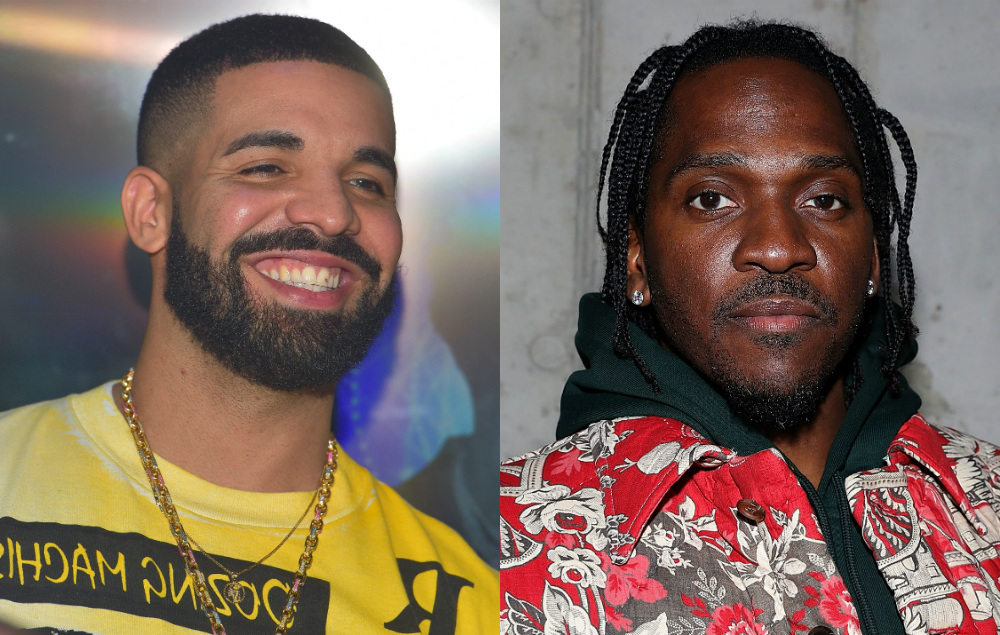 On the track, the Toronto rapper also says that he should send an invoice for adding to the publicity surrounding Pusha’s album. He later actually sent a $100,000 invoice for “career reviving”.

Minaj, who was dating Meek Mill at the time of his ghostwriter feud with Drake, has now spoken out on Twitter, defending Drake and tweeting: “N***z gon run that Quentin shit in the fkn ground like Drake don’t write 4 himself & OTHERS! Ya enemies will remix, reinvent & TRY 2make u RELIVE some old shit for YEARS 2 come when they have NOTHING ON U! Knock it off. Challenging the chosen ones only awakens the sleeping giant”.

Minaj recently discussed the beef between Drake and Meek Mill, describing it as “one of the hardest parts of my career”.

Meanwhile, Nicki Minaj has said she was joking when she claimed that she was dating Eminem.

She has also pushed back the release of her upcoming album, ‘Queen’. The rapper previously announced the title and original June 15 release date of the new record at this year’s Met Gala.

However, she has now taken to social media to confirm fans will have to wait a little while longer to hear the full record. On an Instagram Live video, Minaj reportedly told followers: “I love my label, but I’m happy that I’ve always been blessed to have the freedom and the creativity to do what I want when I want how I want it. Trust me, it’s the better choice.”